Message from the Sheriff 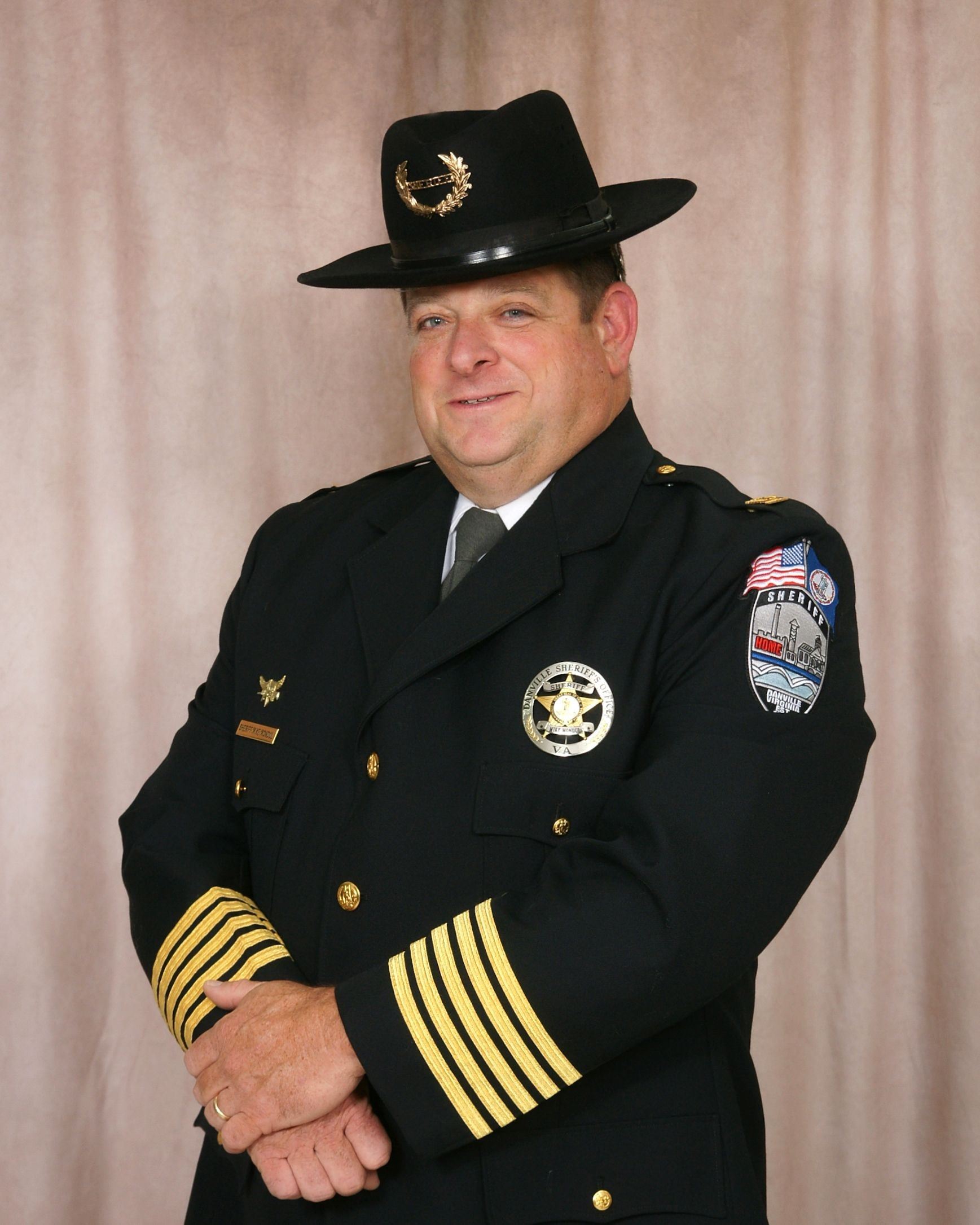 On behalf of my staff, I welcome you to our new website. We hope the information provided is helpful and answers any questions you may have about our department.

Please feel free to contact us for additional questions.

Sheriff Mondul was raised in a military family where his father proudly served in the United States Navy. He worked in juvenile corrections for a year before being hired as a Danville Police Office in 1993 where he rose through the ranks and was promoted to Investigator in 1998. He was transferred to uniformed supervision in 2003 where he held the rank of Lieutenant and was the spokesperson for the Danville Police Department until he was elected Sheriff in 2009.

As Sheriff, his team has achieved re-accreditation three times for the office while earning a perfect three-year Life, Health, Safety Jail Audit, in the Danville City Jail and made the James F. Ingram Justice Center a secure building in a post 9-1-1 world. Specific accomplishments can be found in the Annual Report section of our website. Sheriff Mondul is most proud of efforts to reach youth before they get into trouble and the many strong partnerships who work together to make our community a better place.

Sheriff Mondul holds a B.S. degree in Education from Old Dominion University and a Master’s Degree in Criminal Justice from Boston University. He is also a certified Sheriff through Virginia Commonwealth University’s L. Douglas Wilder School of Government and Public Affairs.

Mike Mondul is only the fourth person to hold the office of Sheriff in Danville. He was elected on November 3, 2009. The first was Charlie Smith. Upon Sheriff Smith's retirement in 1987, Dudley Bowling was named Interim Sheriff. He held that position for one year before Jim Dooley was elected on November 10, 1988. The office currently has 81 employees and serves approximately 45,586 citizens. In the early days, the Sheriff was called the City Sergeant. He later became known as the High Constable. In 1973 the name was changed to Sheriff, and the office moved into the Courts and Jails Building in 1975.